The FA Cup fifth-round ties will all take place over four days this week instead of a traditional weekend and replays have been scrapped in a bid to alleviate fixture congestion.

Liverpool's trip to Chelsea looks the pick of the ties so long as Jurgen Klopp fields a strong side, but for romantics it's hard to beat the clash between Derby and Manchester United on Thursday when Wayne Rooney will come up against his former team.

We have looked at the FA Cup odds and made selections for all eight matches which take place between Monday and Thursday.

What fixture(s) will you be watching? 👀

Portsmouth are the only team below the Championship left in the FA Cup and their reward is a home tie with Arsenal - a team they failed to beat during their seven years in the Premier League.

They are 13/2 to cause an upset and will hope to make the most of home advantage given they are unbeaten in League One at Fratton Park this season.

They were thrashed 4-0 by Southampton in the EFL Cup though and should be outclassed again, although they do pose a goal threat as shown by a 4-2 win against Barnsley in the last round.

Arsenal could target the FA Cup after their Europa League exit and are fancied to win a high-scoring game as the first of our FA Cup predictions.

Two defeats in their last three games in all competitions have proved Liverpool are not invincible after all and they will be keen to bounce back quickly from Saturday's shock 3-0 loss at Watford. 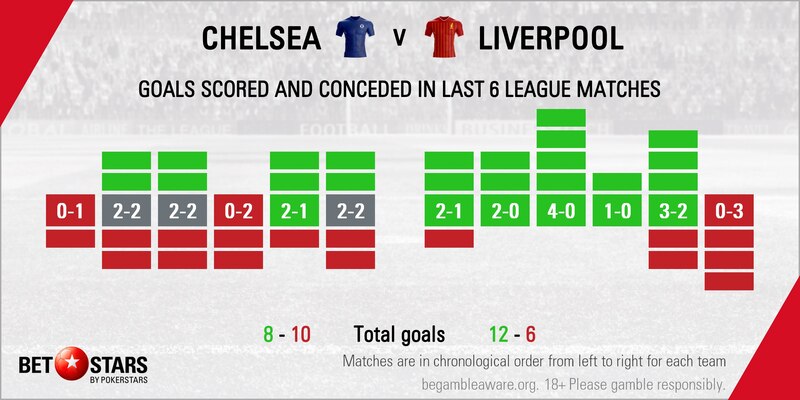 Chelsea are not in great form either and a 2-2 draw at Bournemouth at the weekend means they have won just two of their last eight games and one of those was in the previous round of the FA Cup at Hull.

Team selection will play a big part but assuming Liverpool put out a strong team, they look great value at 41/20 in the FA Cup odds to win at Stamford Bridge for the second time this season.

If you're interested in sports betting, check out our other previews:

Sheffield United had a free weekend so should be refreshed and raring to go for this one.

With Premier League safety long since secured, Chris Wilder has plenty of reason for treating the FA Cup seriously but their away games are rarely full of goals, having scored just 13 and conceded 12 on their travels in the league.

The Championship leaders' impressive run since the transfer window shut at the end of January came to an end on Saturday with a 1-0 home defeat by relegation-threatened Wigan.

The Baggies had won five and drawn one of their six matches from February but were second best against the Latics.

West Brom manager Slaven Bilic said: "We were not good enough, we looked tired and were without a spark. We were second best, we didn't manage the ball well. The dressing room is very flat and silent.''

Counterpart Steve Bruce changed formation and brought in several new players for Saturday's goalless draw against Burnley, but despite dominating the match they failed to score for the fourth successive match.

Bruce is likely to deploy the same system again, but until they start scoring goals we suspect the tie at The Hawthorns may go to penalties.

Leicester have not scored in their last three Premier League games nor won any of their last five matches in all competitions and their cause has not been helped by the absence of top scorer Jamie Vardy.

A recurrence of a calf injury ruled the Foxes striker out of Friday's 1-0 defeat at Norwich after which manager Brendan Rodgers said: "The responsibility is for the team to score, our wingers and midfield players.

"In areas of the field, it's just dried up a little bit, not just with Jamie (Vardy) but with other players."

Birmingham are unbeaten in all competitions since New Year's Day - a run of 13 games aided by six goals in seven appearances from on-loan Aston Villa striker Scott Hogan.

A win or a draw for the visitors grabbed our attention at 31/10 as the next of our FA Cup tips.

Manchester City have failed to keep up with Liverpool in the Premier League but they are the clear 7/4 favourites to win the FA Cup ahead of their trip to Hillsborough.

That is helped by the form of Sheffield Wednesday, who have won just one of their last nine Championship matches and boss Garry Monk admitted he is going through "probably the most difficult moment" in his career after Saturday's 3-1 loss at home to Derby when they were 3-0 down by half-time.

This should be a routine win for City, who won their third successive League Cup on Sunday with a 2-1 victory over Aston Villa, and they look good value at 27/20 to win both halves. Spurs beat Norwich 2-1 in the Premier League without Harry Kane six weeks ago having drawn with the Canaries 2-2 just after Christmas despite the absence of Son Heung-min, but both players will be missing on Wednesday.

Jose Mourinho watched his Tottenham side twice squander the lead against Wolves in a 3-2 home defeat on Sunday, a result which saw the midlanders leapfrog them in the table.

Whether the Portuguese puts out a weakened side in a bid to resurrect his side's Premier League campaign remains to be seen, but Norwich's win against Leicester means Daniel Farke is almost certain to field a second-string side just as he did in the 2-1 fourth-round win at Burnley.

Spurs to win at 40/85 lacks appeal, but both teams to score in the second half seems a sensible choice at 33/20, just as they did in their Premier League meetings this season.

The major talking point for the last of this week's fifth-round ties is undoubtedly Rooney facing his former team Manchester United in what will be a third successive meeting in cup competitions between the sides.

The Rams eliminated United from the third round of last season's Carabao Cup in a penalty shoot-out to avenge their 2-0 defeat in the FA Cup nearly nine months earlier.

Derby are 11/2 in the FA Cup odds to spring a surprise against United, who fielded strong teams in both games against Wolves and at Tranmere, but despite home advantage for the Rams we fancy Ole Gunnar Solskjaer's side to pull through.

Phillip Cocu's men are unbeaten at home since mid-December, but the last of our FA Cup betting tips is for United to win and over 2.5 goals at 11/10.

Six of Derby's previous eight Championship games have produced at least three goals and United's recent 3-0 and 5-0 wins against Watford and Club Brugge suggest better times are around the corner. Tennis betting tips: Easy does it for Svitolina in Monterrey Manchester United vs Manchester City: Get Rodri in the book for derby 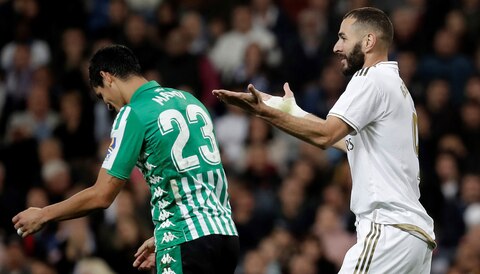