The Premier League serves up an early top-of-the-table clash in Saturday's tea-time kick-off as the only two teams with 100% records meet at Anfield.

Liverpool defeated Norwich and Southampton to top the table in between winning the Super Cup in a penalty shoot-out against Chelsea in Istanbul.

Arsenal beat Newcastle and Burnley 1-0 and 2-1 respectively to sit behind the Reds on goal difference ahead of Saturday's match. When is it? Saturday 24th August

Where is it being played? Anfield

Which channel is it on? Sky Sports Main Event/Premier League

Who is the referee? Anthony Taylor

Here are our best tips for the Premier League match for which we have a range of other markets available:

Liverpool have not been firing on all cylinders at this early stage of the season despite winning both of their matches but this is a fixture they generally relish.

The European champions have beaten the Gunners 5-0, 4-0 and 3-1 at Anfield in the last three seasons and played out 3-3 and 2-2 draws in the two previous contests, so goals are usually guaranteed between these two attack-minded sides. David Luiz and Dani Ceballos both made their full debuts for Arsenal at the weekend, but it was the on-loan Real Madrid midfielder who caught the eye with a man-of-the-match display which left home supporters purring and optimistic about the season ahead, especially with club-record signing Nicolas Pepe yet to start a match.

Gunners fans have been here before, of course, and they will be wary about the need to improve on last season's away record which produced just seven victories, comfortably the worst of the top six.

With an aggregate score of 22-8 in favour of the Meryseysiders in the last six seasons, goals look likely to play a major part on Saturday.

As tempted as we are by the 5/1 on offer for an Arsenal win and 31/20 in the double chance market, the first of our Liverpool vs Arsenal predictions is for over 3.5 goals at 6/5 which has been the case in the last six meetings between the sides at Anfield.

If you're interested in football accumulators, check out our regular betting columns:

Roberto Firmino scored what turned out to be Liverpool's winner in Saturday's 2-1 victory at Southampton and the Brazilian's remarkable record in this fixture suggests he can be the man to break the deadlock. Ainsley Maitland-Niles put the Gunners ahead in the 11th minute last season, but five minutes later they were 2-1 down courtesy of a double from Firmino, who had scored the opening goal in this fixture in the three previous campaigns.

Andy Robertson has scored just once for Liverpool since joining the club from Hull two years ago but he is getting closer every week, so we're going to continue beating the drum for the defender.

The Scotland left-back went close to scoring against Norwich and often gets an opportunity throughout the 90 minutes to add to the goal he scored in the final game of the 2017-18 campaign.

In a match expected to produce goals and plenty of chances, Robertson stands out at 9/1 in the anytime goalscorer odds.

Liverpool's win at St Mary's last weekend was a club-record 11th successive Premier League victory but they have been surprisingly open at the back in the early part of the season.

The Merseysiders conceded against both Norwich and Southampton having kept the highest number of clean sheets last season (21), 13 more than Saturday's opponents Arsenal.

You just can't beat an Arsenal number 14 cutting in from the left on their right foot... 😏

Arsenal shut out Newcastle on the opening weekend but the Magpies already look like early relegation candidates, while Burnley looked dangerous from set-pieces at the Emirates.

Liverpool's home record against Arsenal recently has been excellent and they won four and drew one of their clashes with top-six sides at Anfield last season, so the omens look good for another three points.

However, Arsenal have scored in six of their last seven matches against Liverpool, so a home win and both teams to score at 17/10 is the next of our Liverpool vs Arsenal betting tips. We're also interested in the timing of the first goal market as the last of our Liverpool vs Arsenal predictions.

The deadlock has been broken in this fixture between 11-20 minutes in the last two seasons and in the ninth and 10th minute in the two previous campaigns, so it's clear that fast starts are par for the course when these teams meet at Anfield.

Liverpool scored eight times during that spell in front of their home fans last season, the highest of any other team, so we wrap up our preview by predicting the first goal to go in between 11-20 minutes at 18/5. 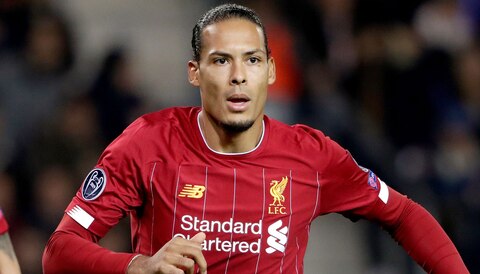 General election odds: Who will win at the polls?