Manchester United head to PSG needing a miracle to reach the quarter-finals of the Champions League having lost the first leg 2-0 at Old Trafford.

Second-half goals from Presnel Kimpembe and Kylian Mbappe put the French champions in the driving seat and matters were made worse for United with the late dismissal of Paul Pogba.

PSG are now 5/1 joint-second favourites in the Champions League odds to win the tournament, while United have drifted to 125/1. 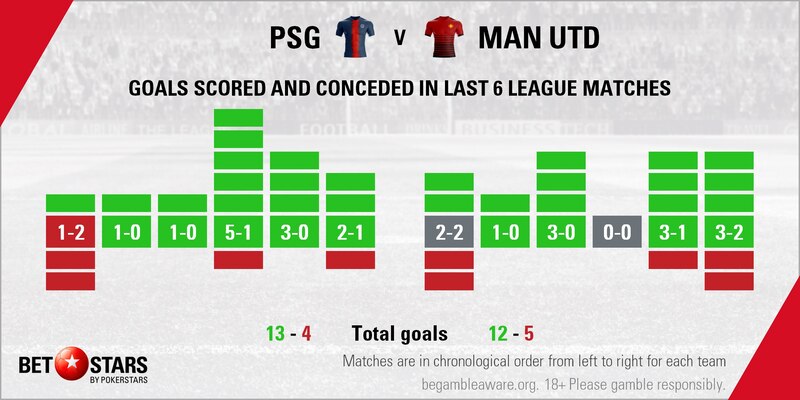 When is it? Wednesday March 6th

Where is it being played? Parc des Princes

Which channel is it on? BT Sport Digital Exclusive

Here are our predictions for the second leg for which we also have a range of other markets available:

PSG made light of the absences of Neymar and Edinson Cavani in the opening leg by outplaying United and taking control of the round-of-16 tie.

Neymar is definitely out of the second leg and although Thomas Tuchel was initially optimistic about Cavani's chances of playing against United, the Uruguayan was not involved at the weekend.

Ole Gunnar Solskjaer has a lengthy injury list to contend with having lost three players before half-time in the goalless draw with Liverpool. Juan Mata, Ander Herrera and Jesse Lingard, himself a substitute, all limped off with hamstring problems, but Marcus Rashford is fit again having picked up an ankle injury during the same game.

With United down to the bare bones the first of our PSG vs Manchester United betting tips at Champions League odds of 27/20 is for PSG to win by more than one goal.

There's only one place to start for Wednesday's first goalscorer tips and that's Kylian Mbappe who comfortably heads the Ligue 1 charts with 24 goals. The lightning-quick 20-year-old striker has scored four times in the Champions League, including PSG's second at Old Trafford, and with seven goals in his last five games looks the likeliest to draw first blood at 5/2.

Presnel Kimpembe scored his first goal in five seasons with PSG from Angel di Maria's corner in the first leg and the defender looks good value at 20/1 in the anytime scorer market.

With United struggling for numbers, there should be chances aplenty from some of the set-pieces an attack-minded PSG side are bound to get at the Parc des Princes.

Make no mistake, United were outclassed in the first leg and their task will only be made harder with potentially so many injuries and Pogba suspended for the trip to Paris.

United held their own in the first half but were up against it just before the interval when they lost Lingard and Martial to injury. 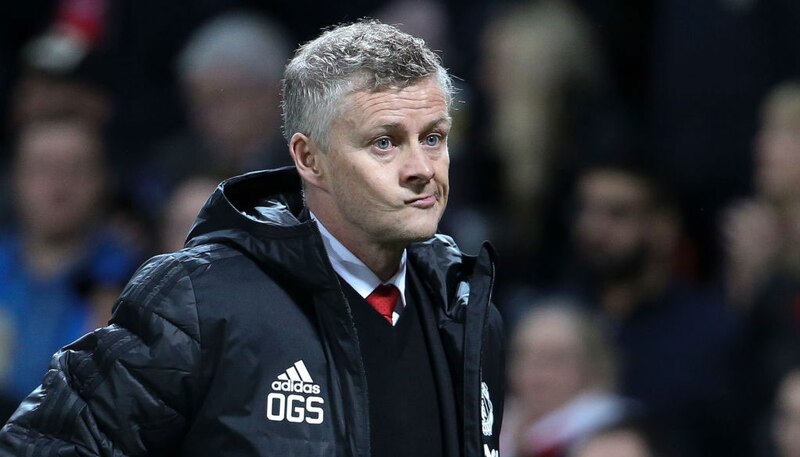 After the game, the Norwegian said: "We weren't at the level. This is a level up from what we have played against with the games we've had.

"We've had a great run, we came into this game in a great frame of mind, great form but of course it was a big step up, they have quality from the keeper to the striker. There is a reason behind them being one of the favourites for the Champions League. That's the level we need to aim for at this club."

With so many absentees, the next of our PSG vs Manchester United predictions is PSG to win both halves at 14/5.

PSG have won all 14 home games in the league as they continue their march towards a sixth title in seven seasons and have won both halves in nine of their 17 home games in Ligue 1 and the Champions League.

We wrap up our PSG vs Manchester United tips by predicting a 3-0 win for the home side at 11/1.

PSG have scored at least three goals in 13 of their 19 home games in Ligue 1 and the Champions League this season and their last two home games were won by a 3-0 scoreline.

PSG were without the likes of Neymar, Thomas Meunier and Cavani in the first leg but their fitness issues have improved since then. Meunier has returned to the fold and Cavani's fitness will be assessed today after returning to training following a hip injury.

United are without 10 first-team players, with Sanchez facing up to six weeks out with his knee injury. Pogba is banned while Martial, Lingard, Matic, Herrera, Mata, Jones, Antonio Valencia and Matteo Darmian are also unavailable. United have taken a number of young talents to France, with 18-year-old defender Brandon Williams joining up with the senior squad for the first time.

PSG showed their class at Old Trafford and facing an under-strength United team, the French champions to overcome a -1 handicap at 27/20 looks the way to go.