The PGA Tour swings round to Detroit for a new tournament this week in the shape of the Rocket Mortgage Classic, the first of three events in the Mid-West.

Tournament sponsors Quicken Loans have ensured the participation of at least one member of the world's top 10 is competing this week, with Dustin Johnson starting as the 6/1 favourite.

Although Rickie Fowler is also teeing it up in Michigan, there is an absence of star quality in the field which includes Hideki Matsuyama and US Open champion Gary Woodland.

From the entrance to AREA 313. This is the spot to be this week at the #RocketMortgageClassic! pic.twitter.com/9sjyzzZot7

We don't have any course form to rely on this week, but designer Donald Ross can at least point us in the right direction.

This 7,300-yard par-72 track is tree-lined and combines 17 holes from the North Course and one from the South, with water in play only at the 14th.

The greens are a mix of poa annua and bentgrass in an 80-20% split, so that could prove helpful in this column's search for another winner having picked out Kevin Na at 66/1 to win the Colonial and Woodland the US Open at 70/1.

Last week we mentioned two players who narrowly missed out in our selections to win the Travelers Championship: Chez Reavie and Paul Casey who were first and fifth respectively, so this column is trending in the right direction.

That said, we're not as confident this week, so are picking a few in-form players that like Ross designs, starting with Jason Dufner at 50/1.

Dufner has had two top-10s in his last five starts and landed his only major at the Ross-designed East Course at Oak Hill to win the 2013 US PGA. 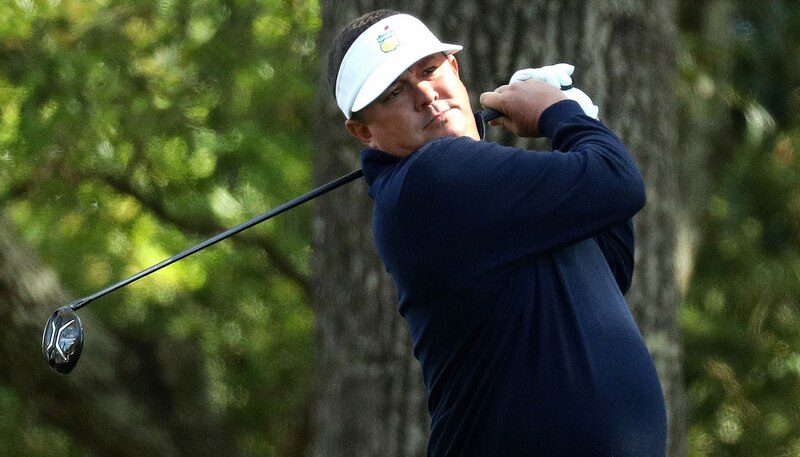 The American has never really threatened to win the Tour Championship at East Lake in his handful of appearances, but was eighth three years ago and ninth in 2013.

Dufner stands 60th in the strokes gained: tee to green rankings which is more than respectable in a field of this quality, so the American is our first pick from the Rocket Mortgage Classic odds for a first title since winning the Memorial two years ago.

Brandt Snedeker is another player who has thrived on Ross courses and has the advantage of loving poa annua too having won four titles on those greens since 2008.

Last year, Snedeker won the Wyndham Championship for the second time and in winning the Tour Championship at Eastlake in 2012 he also secured the FedEx Cup.

So excited to be playing here in Detroit this week at the @RocketMortgage Classic. Come see me at the kid's clinic this afternoon from 5-7pm at Detroit Golf Club. #RocketMortgageClassic pic.twitter.com/XK4psaXJ8F

Snedeker is also in the top-25 performers on poa annua greens since 2014, according to the Future of Fantasy, and despite a disappointing couple of weeks his form is generally good on the back of six top-30 finishes in his last 10 appearances, including fifth place at The Players Championship.

At 30/1, Snedeker could go close to repeating his success at the Ross-designed Sedgefield last August, as could Billy Horschel at the same price.

The American has missed the cut just once since July 2018 and recently finished ninth at the Memorial one week after a top-20 at Colonial.

Eastlake, another course designed by Ross, holds more than fond memories for Horschel who won there in 2014 and was runner-up to Tiger Woods last year.

Third at last year's BMW Championship at the Ross-designed Aronimink, Horschel should be in the mix on Sunday at 30/1.

The last of our Rocket Mortgage Classic predictions at 150/1 is Stephan Jaeger who has been in fine form over the last seven weeks with figures of 17-14-30 from his appearances at the Byron Nelson, Canadian Open and Travelers Championship.

The 30-year-old German, a four-time winner on the Web.com Tour, has not shot worse than 71 in his last 12 rounds and a 64 at Hamilton GC suggests he could go well this week.