Europe face the United States in the 42nd Ryder Cup at Le Golf National this week and will be looking to regain the trophy lost at Hazeltine in 2016.

Thomas Bjorn has been tasked with leading Europe to victory in Paris as the hosts aim for revenge following the 17-11 defeat two years ago.

BetStars have a wide range of markets for one of golf's premier events and we have analysed all the odds to find the best Ryder Cup betting tips.

Where is it being played? Le Golf National, Paris

Which channel is it on? Sky Sports Main Event

Here are our four best bets for the 2018 Ryder Cup:

United States captain Jim Furyk has a strong side at his disposal and of the three rookies in the American team, one happens to be former world number one and 2017 US PGA winner Justin Thomas.

Bjorn has a total of five rookies, almost certainly a factor which influenced his wild card selections, although two of them are European number one Tommy Fleetwood and world number seven Jon Rahm.

USA are the odds-on favourites but Europe have always relished the underdog role and will not be lacking in motivation.

The United States have not won on European soil since 1993 and Le Golf National, which has hosted the French Open for the last 17 years, could prove vital to the home side's chances.

Tyrrell Hatton is the only member of the European team without a top-10 finish in the French Open but managed 12th in 2015 and 16th this year.

Alex Noren succeeded Fleetwood as French Open champion in 2018 while Ian Poulter has never missed a cut in 13 appearances in the event. In contrast, Thomas was the only American team member to play in Paris in June, finishing in a tie for eighth.

On paper the USA team deserve to be favourites but the course set-up suits the hosts and limits the impact of the big hitters. There are also question marks over the fitness of some of the USA team so Europe's record on home soil and their extra experience at this course leads us to think they are the value bet at 11/8.

For punters still keen to back Team USA, consider waiting for the in play betting to begin. Europe traditionally make the better start with the Americans improving as the week goes on, especially in Sunday singles.

The Ryder Cup offers plenty of live betting opportunities and if the match remains close after day one or day two, the USA will fancy their chances.

Claimed his first major title in this year's Masters and, unlike some of his team-mates, seems to improve under the pressure of a team tournament.

Francesco Molinari does not have a great record at the Ryder Cup but has taken his game to a new level this year with three wins in nine weeks, including becoming Italy's first major champion after winning The Open at Carnoustie. 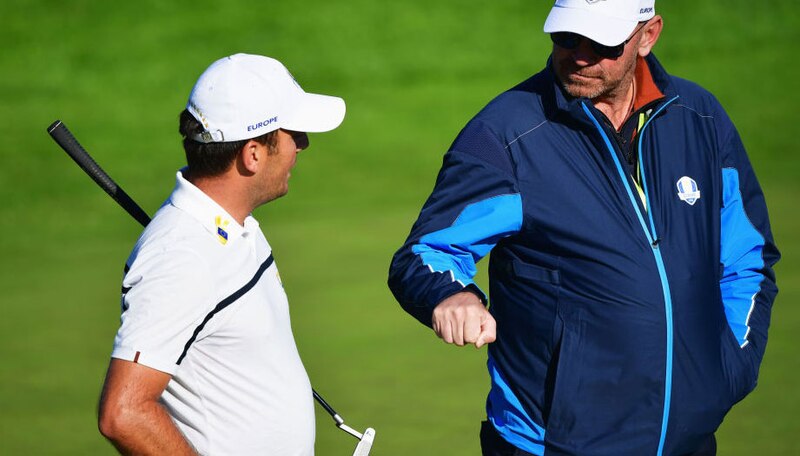 He has been runner-up in the French Open at this course on three occasions and has missed just two cuts in 13 starts. Famously halved the final singles against Tiger Woods in 2012 as Europe completed the 'Miracle at Medinah'.

Working out how much action each player will see is a key part of making Ryder Cup predictions and that gives Justin Thomas the edge in the top debutant market.

For the first time ever the top ten players in the @OWGRltd are playing in the #RyderCup.

The former world number one is expected to partner Rickie Fowler after they were unbeaten in the President's Cup together last year. That could mean Thomas playing in all five sessions and also considering his form over the last two years, the 2017 US PGA champion is a worthy favourite in this market.

In the previous month we've seen quite a significant drift on Europe that's seen them hit as high as 6/4 and after a series of strong efforts by their main linchpins Iast week at both the Tour Championship in Atalanta and the Portugal Masters, there lies a strong recency bias to make them the favoured bet at their current price of 13/10 as Friday approaches.

However all that taken into account, what can't be overlooked is that Friday is a new tournament and that this is an abnormal generation of US golfers, who'll now be spurred on by a certain Eldrick Tiger Woods, who picked up his first win since 2013 in sublime fashion on Sunday night at the Tour Championship. Granted he kept his celebrations low key, the Big Cat looks to have peaked at just about the perfect time to lead Jim Furyk's players in Le Golf National and will no doubt spur on those around him to ensure USA do what they have to, to retain the Ryder Cup.

Course set-up may well favour the Europeans and I don't doubt the unity in their set-up, but this contest will ultimately boil down to which players are better. Over the past few years we've noticed a concerning gap lengthening between the PGA and European Tours, and this Ryder Cup may well act as the alarm that best highlights this.

I'm not expecting a blowout, but any defeat in front of Grey Goose grandstands in Paris, brimming with passionate European fans will feel like a hammering, and as much as I'd like to see Europe do it, my head tells me this American team possess too much talent not to get over the line.