The competition is broadening its horizons this year as it prepares to celebrate its 25th anniversary in 2020 with the arrival of Toronto Wolfpack.

In our team guide we assess how all 12 clubs are shaping up for the new season, highlight their odds to win the Grand Final and make our Super League predictions for 2020.

Prospects: Castleford reached the play-offs by the skin of their teeth in 2019 but the league is already looking more competitive.

They have a side good enough to challenge for the top five and are confident of big things from a youthful partnership of Danny Richardson and Jake Trueman but the title looks beyond them.

If they both gel alongside Sam Tomkins - and the Dragons can find some consistency away from home - they could be a good bet to make the semi-finals.

Prospects: There are big expectations on captain Aidan Sezer, who is fresh from an NRL Grand Final appearance with Canberra and is Huddersfield's first marquee signing.

The Giants have lost a couple of regulars in Alex Mellor and Kruise Leeming though and, despite strengthening key areas, could be in for another season of struggle.

Prospects: The Black and Whites narrowly missed out on the play-offs last season but will have hopes of rectifying that this time.

If you were in a 100m race against Ratu Naulago, how many seconds do you think you'd lose by? 🤯 🏃‍♂️💨

A huge first season for @hullfcofficial's Naulago to build on, his best bits... #SuperLeague pic.twitter.com/ReBHmSQ9rI

On paper their squad is strong enough, with the 'Tongan Terminator' Manu Ma'u tasked with leading what is almost a brand new pack, but they will need Jake Connor to seize his opportunity after being handed the number six shirt.

Prospects: A large squad overhaul means players will need time to bed in so Rovers may struggle in the early part of the season, which could cost them dearly in the long run.

They have also been badly hit by injuries already, including the career-ending one suffered by Mose Masoe.

Prospects: The only way is up for Leeds after two seasons of huge under-achievement.

Richard Agar has had the benefit of a full pre-season to implement change and the arrival of Luke Gale should provide the kicking game they have lacked since Kevin Sinfield's days. That is assuming he can recapture the form that earned him the Man of Steel title during his time at Castleford, having sat out the whole of 2019 with an Achilles injury.

Prospects: Salford's sensational 2019 season has come back to haunt them, with several important players moving on to different clubs.

They have been forced to recruit in key areas and could struggle to find their feet as a consequence. With Jackson Hastings gone, Niall Evalds will have a huge hand in settling Salford's raft of new signings into the club.

Prospects: Justin Holbrook's departure as coach is obviously a huge one but Kristian Woolf seems a sensible replacement. Saints are the only club not to have added to their squad over the winter but Woolf inherits a team with a superb ethos and plenty of quality, so should not have too many issues getting them to perform as they aim to defend their title.

Prospects: A year of consolidation is the best the Wolfpack can hope for in 2020 given that the jump between the Championship and Super League is massive and Brian McDermott has the smallest squad to pick from so injuries could hit them hard.

The expectation on the shoulders of star signing Sonny Bill Williams is huge and he will need to perform consistently well if the Wolfpack hope to achieve their high expectations.

Prospects: It was an underwhelming campaign in 2019 and this year could be a repeat of that. Wakefield have dipped into the transfer market and brought in some decent players but they still look like one of the weaker sides on paper.

Keeping goalkicking half-back Danny Brough fit and healthy at the age of 37 will be a priority.

Prospects: The Wolves looked light in the forwards until the last-minute capture of Tongan prop Leilani Latu.

Although the absence of another new signing Gareth Widdop for the opening matches is a major blow, Steve Price's men are sure to be challenging for honours once more.

Prospects: The recruitment of marquee duo Jackson Hastings and George Burgess - from Salford and South Sydney respectively - is a huge statement of intent and will ensure the Warriors are challenging for honours.

The DW witnessed a BLOCKBUSTER finale in the 2014 play-offs between @WiganWarriorsRL & @WarringtonRLFC when @JoeBurgess1 bagged this late meat pie!

The two sides clash on 30th Jan in the @SuperLeague opener!

They will also be determined to send skipper Sean O'Loughlin out on a high. 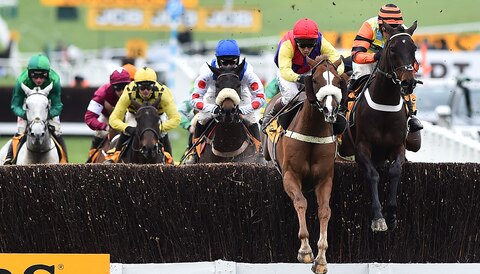 European football tips: Double up on Leipzig in Bayern trip 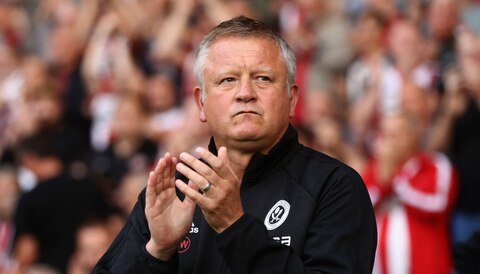